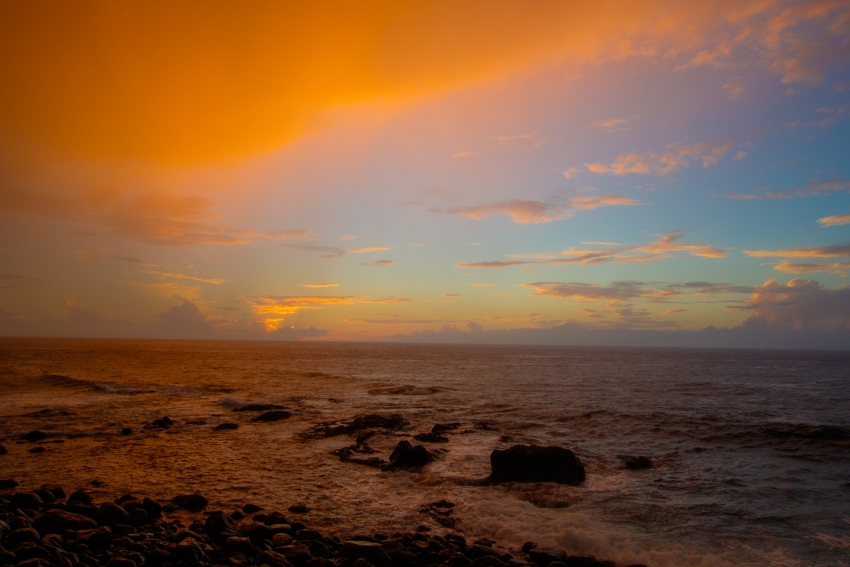 The worst of the bad weather that walloped Gran Canaria over the last five days is over, although we may get the odd strong shower today.

The latest on the GranCanaria weather. There could well be more rain tonight and tomorrow but things are likely to improve after the weekend.

While Gran Canaria is still on a yellow aviso from the Spanish weather service and still on Maximum Alert from the Canarian weather service, it looks like the worst of the weather has blown over.

You can expect standard October weather as of tomorrow; sunshine with some afternoon clouds in the south and cloudy mornings that fade to sunshine in the north.

The last five days were exceptional. A big low pressure stayed close enough to send wave after wave of rain over the Canary Islands. It also disrupted the trade winds meaning that rain showers did blow over but stayed in one place.

This was the main cause of damage; when it rains in Gran Canaria and the Canary Islands the clouds tend to be moving fast due to the wind. With no wind, the intense rain hit small areas and caused flooding.

Rain of this intensity is almost unheard of in Gran Canaria and there isn't really anything the island can do to plan for it. We don't have flat areas that absorb rain, the bedrock is impermeable lava, and there isn't a thick layer of soil and vegetation to suck up excess water. When it rains hard, the water runs off and causes damage.

Considering the amount of water that fell, we are lucky that nobody was seriously hurt.

Damage was concentrated in the areas that got the heaviest rain; the capital Las Palmas and the east coast area in Telde. Other areas, such as the north coast and the highlands also saw strong rainfall but less damage.

In the coastal areas of the Telde municipality, which received over 100mm of rain in an hour on Friday, the damage was more extensive. Cars were dragged into the sea at Ojos de Garza, beaches and beachfront promenades washed away at La Garita and Melenara, and roads damaged.

The damage has been so extensive that Gran Canaria is to declare itself a Zona Catastrófica or Disaster Area in order to qualify for Spanish state aid.

Want to see what the weather looks like right now?
Have a look at our webcam-page.

We have 3119 guests and no members online