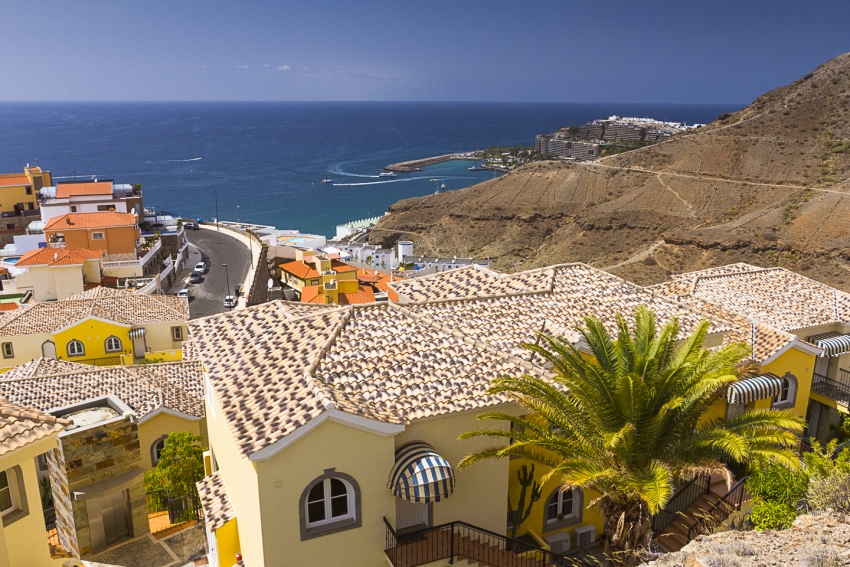 Blue skies likely in Gran Canaria this week (with the odd spot of rain maybe) www.photosgrancanaria.com

03.10.2016: We were expecting a weak but wet front to arrive today or tomorrow and brings showers to most of Gran Canaria. However, it's gone north and won't affect us.

Instead of a day or two of showers, Gran Canaria gets typical weather for the time of year; sunshine, fluffy clouds and maybe a spot of rain in the north.

When there is no wind, big fluffy clouds build up over the island due to evaporation. If they get big enough, they drop rain back onto Gran Canaria.

In the south of Gran Canaria this week, expect sunny mornings with some clouds reaching the coast in the late afternoons. You may even get a shower.

In north Gran Canaria, the clouds will be at their thickest in the mornings and will fade by the afternoons.

The sea is pretty flat today but should pick up tomorrow along the north coast with swells of around a metre through to Friday.

The water temperature is a rather fabulous 24ºC.

We have 2843 guests and no members online