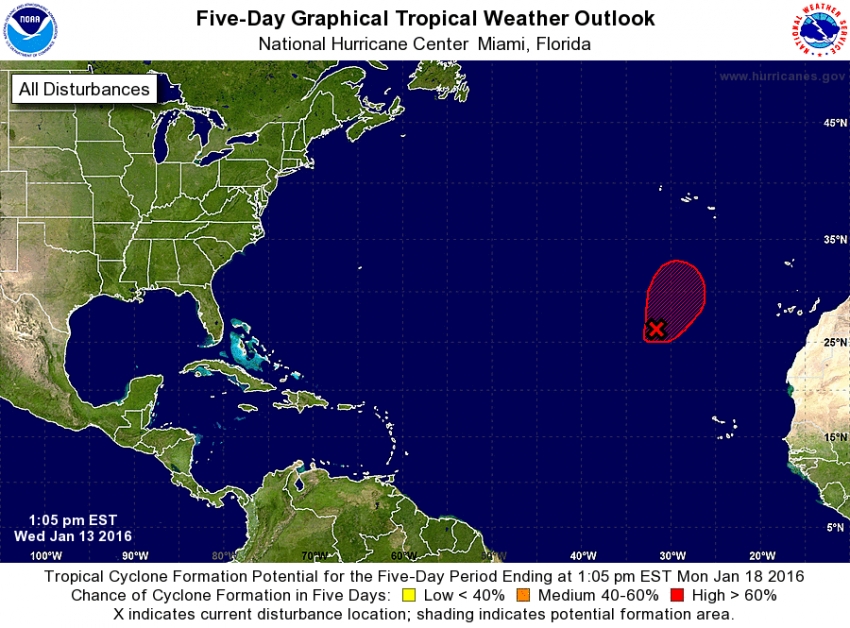 Alex is a bit of a freak as storms this early in the year are rare; The Last one was in 1978 and there have only been five others since 1900. However, we are in an El Niño year and this keeps the surface of the Atlantic Ocean warm and encourages storm formation.

While Alex is missing the Canaries, expect high and medium cloud, warm, humid air and even the odd shower between now and the end of the weekend. Its should fade away during Sunday.

We have 4695 guests and no members online