Weather Forecast: Rain This Week In Gran Canaria But Some Sunshine Too 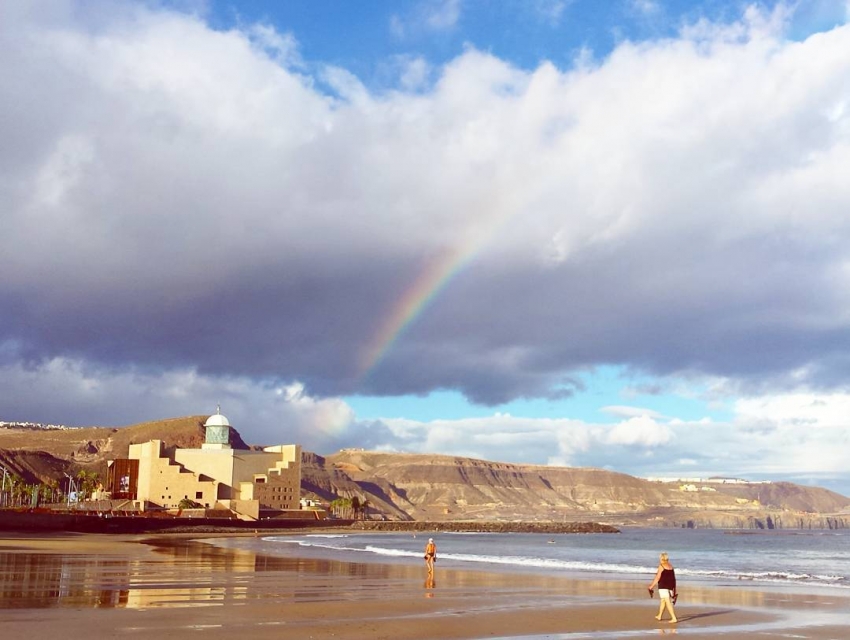 Rain forecast for this week in Gran Canaria although there will also be sunny patches www.photosgrancanaria.com

A cold front sweeps across Gran Canaria overnight and should produce some decent rain. It was expected during Sunday but has taken its time over the western Canary Islands.

Once the front passes over the island, a mass of cold air follows. It's dotted with dense patches of cloud and when these go over the island they will cause intense showers. However, the periods between cloud patches could well be sunny.

South and central Gran Canaria is on alert for heavy rain on Tuesday and the showers are expecte to continue on Wednesday and maybe early on Thursday.

The north of Gran Canaria is also on alert but for heavy seas rather than rain (although it will also get wet). North and west Gran Canaria can expect waves of up to four metres so please be careful if you are close to the shore.

The wind will pick up as the front arrives. Initially it will come from the north before swinging round until it is blowing from the south.

As with all episodes of this type in Gran Canaria, it is difficult to predict exactly when the rain will arrive and how strong it will be; it depends on how the clouds interact with the island's mountains, and also on exactly how close the main weather system gets to the Canary Islands.

So, it will definitely rain over the next three days in Gran Canaria but there could well be sunny patches between the showers.

We have 2674 guests and no members online