When the Sahara Burps: Calima Dust & Heat In Gran Canaria 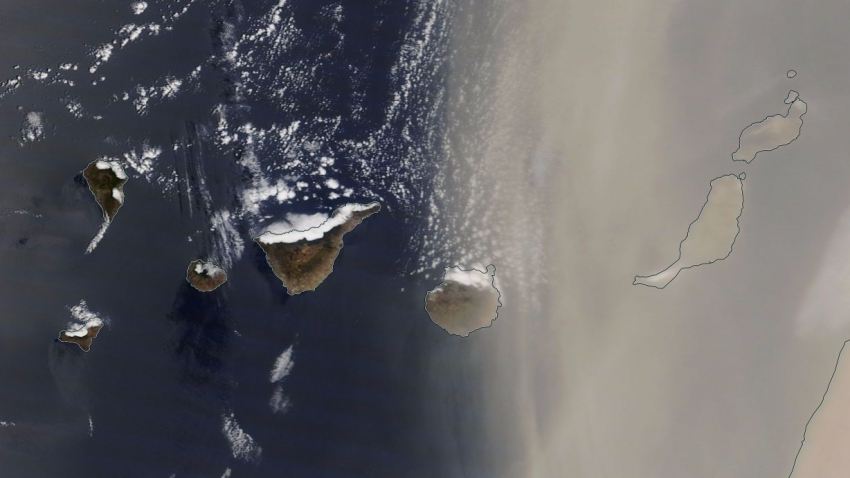 When the Sahara Desert burps its sends a blast of hot, dusty air out over the Atlantic Ocean and the Canary Islands. Temperatures can reach 47ºC.

The phenomenon is known as Calima in Gran Canaria and Sirocco in North Africa. It happens about three times per year in the Canary Islands on average. Sometimes the hot wind and dusty air lasts for a couple of days but it can hang around for a week.

It's caused by huge windstorms in North Africa that throw tonnes of dust up into the atmosphere. This spreads out and can affect the whole of the Mediterranean as well as the Canary Islands. It has even reached Britain and the United States.

Calimas are not always hot. Sometimes the dust blows over without the heat and sometimes we got hot African air without the dust. Who says the Canary Islands don't have any weather?

It gets very hot during Calimas and you have to take care during the day to avoid heat exhaustion. There is no escape from the heat, even in the shade, as it is the air itself that is hot. Children are particularly vulnerable to dehydration so make sure that they drink plenty of water. We recommend spending several hours per day up to your neck in water.

Calima conditions are dangerous for walkers as the hot, dry air causes dehydration in minutes. People have died during Calimas in Gran Canaria after going walking in the hills despite weather warnings. It’s always worth checking the weather online, or asking your guide, before going walking as Calima comes in fast.

Calimas can be unpleasant but they do have advantages: Gran Canaria get spectacular sunsets because of the dust in the air. The same dust fertilizes the Atlantic Ocean and even drifts to the Amazon bringing vital nutrients to the rainforest. (According to a study in a research journal entitled Environmental Research Letters  the Sahara Desert supplies half of the amount of the critical mineral dust needed by the Amazon rainforest to survive. You can read more about it here.)

The amount of dust the Canary Islands receive is 0.2 mm per year. That doesn't seem a lot, but accumulated over thousands of years you can get pretty impressive layers of "Löss". You don't  realise how thick Calima dust is until it's on your car.

We have 2395 guests and no members online