Gran Canaria Has Its Own Popcorn Beach 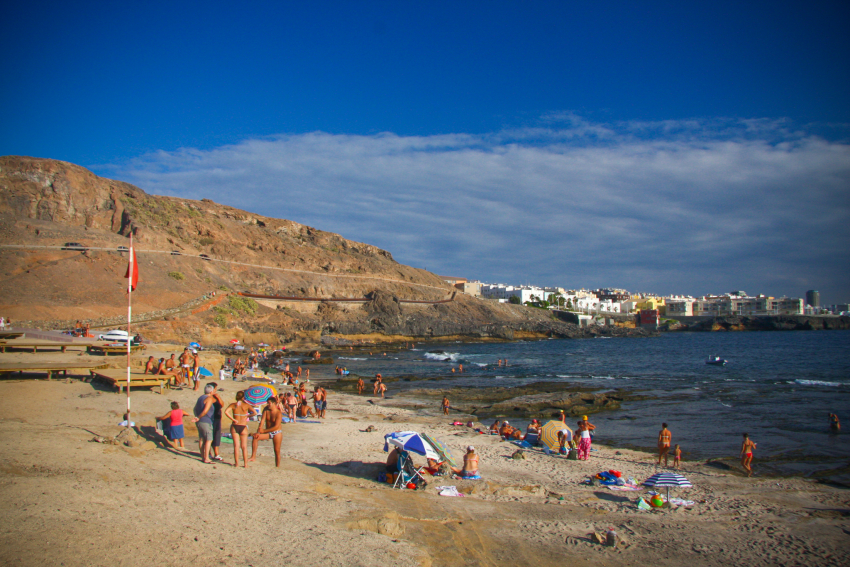 Popcorn beach in north Fuerteventura has become an Instagram thing in the last few months but Gran Canaria has an equivalent spot on its north coast.

El Confital beach, famous for its barrelling surf wave, peaceful boardwalk and views of Las Palmas city, even gets its name from the little white rocks that cover its shore.

Confite is an old Spanish word for a type of little white sweets made with sugar and cornflour that look just like popcorn and the Insta-famous little white beach stones. El Confital literally means 'the field of Confite'.

Actually, they aren't rocks or coral as some people have reported but rhodoliths: The remains of a type of red algae that grows in deep water in the Canary Islands. As this algae develops it grows a hard centre and when it dies these hard centres wash up on the shore.

There used to be a lot more confite at El Confital but much of it was collected and turned into lime to paint the nearby houses in La Isleta and Las Coloradas.

However, if you head to El Confital at low tide and walk about halfway along the boardwalk you should find enough confite for a decent picture. Even if the tide has washed it away when you go there is plenty more to see and do at El Confital beach.

There are aboriginal caves on the cliff face behind you and great views of Las Palmas city from the cross high above the beach. Or you can carry on past the end of the boardwalk and explore the rugged coast all the way up to the military fence.

We have 2579 guests and no members online