Tip Of The Day: Ask To See The Secret Military Bunker At Bandama 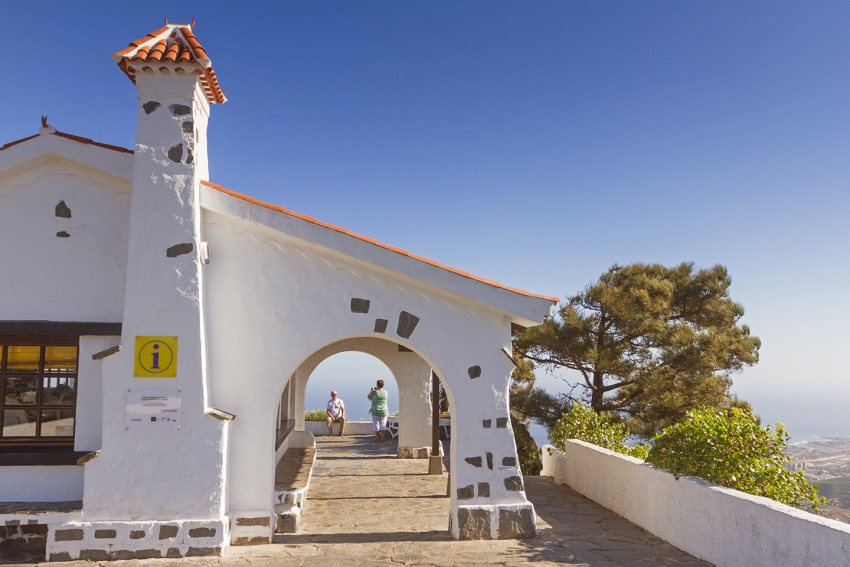 The neo-Canarian visitor centre at the top of the Pico de Bandama volcano hides a secret from Spain's time as a military dictatorship.

The building, pretty as it is, was built in the early 1940s not as a visitor centre but as an elaborate cover for a military observation point. Spanish dictator Franco was convinced that the British planned to invade the Canary Islands (they nearly did) and built a series of defensive bunkers around the coastline. The Bandama viewpoint, with its panoramic views of the east coast, was the perfect place to spot an invasion fleet and warn the island's defences.

Once the war ended, the bunker was sealed and remained in military hands until the 1980s. When the visitor centre was refurbished, workers found the observation shaft and the secret was out.

The bunker has now been renovated and you can visit it by asking the staff at the visitor centre to open the door. It's small, but there is a fun 12-minute film all about Bandama's history projected onto the wall.

Definitely worthwhile and just one of the many things you can do at Bandama.

We have 2962 guests and no members online