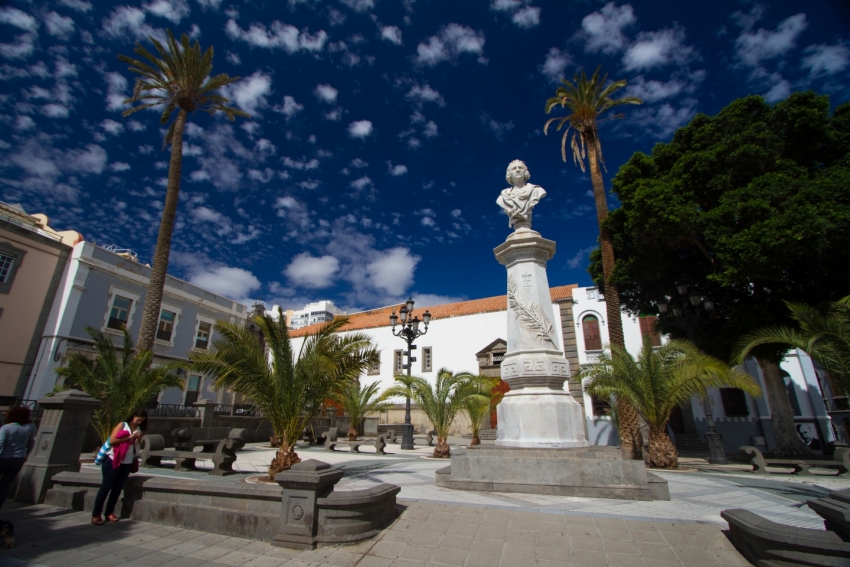 Expect traffic disruption in Las Palmas this weekend as several streets in and around Triana and Vegueta will be cut off between Thursday 19 and Sunday 22.

Alameda de Colón and Perojo street, and the Plaza de Manuel Becerra, feature in the film and work is underway to remove anything that looks modern. Expect traffic disruption on these streets from today until Sunday.

On Saturday 21, Manuel Becerra, La Naval and Belén María, and the Carretera del Centro (GC-110) will be closed at intervals.

Finally, the stretch of the Avenida Martítima close the plaza de Belén María closes to traffic on Sunday night.

Details about where Brad Pitt is staying, whether Angeline Jolie plans to join him, and even how long he plans to spend in Las Palmas are a closely guarded secret. We do know that the entire film crew moves to Fuerteventura next week.

More in this category: « Tip Of The Day: Get Huge Discounts With Gran Canaria Expat Insurance Tejeda Features In Cult UK Series Black Mirror »
Login to post comments
back to top

We have 2835 guests and no members online