Gran Canaria Nature Threatened By (Yet Another) Invasive Species 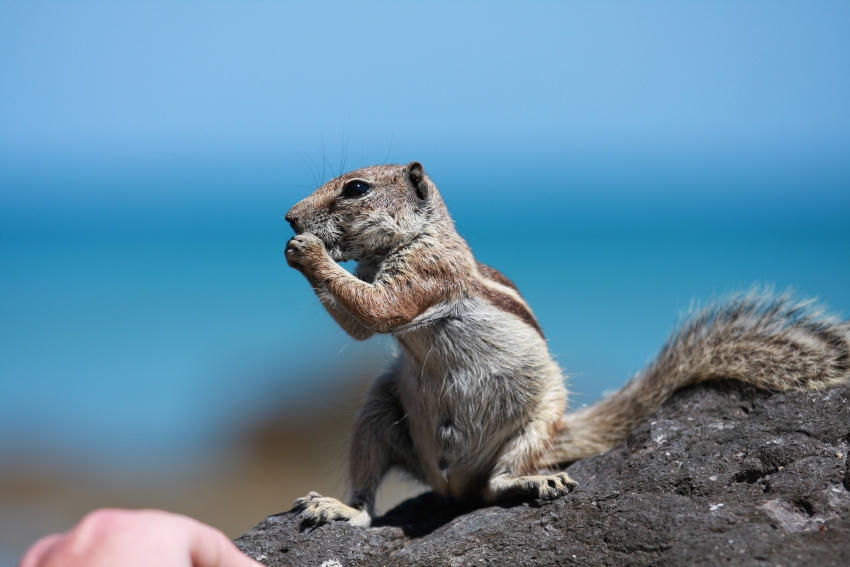 Twenty years ago some fool introduced California king snakes to Gran Canaria. They liked it here and spread fast. While king snakes aren't poisonous they are a huge threat to the balance of nature on the island. Huge and growing numbers of snakes are now feasting on the island's unique lizards and skinks.

Lex says: The giant Gran Canaria lizard only lives on the island.

Nature in Gran Canaria is already in trouble thanks to the effects of a wide range of introduced species that munch their way through the native plants and animals. Feral goats, cats, rabbits, hedgehogs, rats, mice and parrots all compete or kill native species.

Now, we're getting reports of a colony of Barbary ground squirrels (Atlantoxerus getulus) on the east cost close to Carrizal and Burrero beach.

Barbary squirrels have already colonised Fuerteventura but have never managed to survive in Gran Canaria despite several deliberate attempts to release them. Recent sightings suggest that there is a colony of squirrels on the east coast. While they are cute, ground squirrels eat native creatures and plants and just shouldn't be in Gran Canaria. They are such a threat to the balance of nature that owning ground squirrels is illegal all over Spain.

Unless the island's authorities act quickly to eliminate the wild rodents, Gran Canaria will end up like Fuerteventura with a huge number of wild squirrels that are impossible to control.

Our only hope will be that the snakes get big enough to eat them.

Alex Says: If you see a ground squirrel in Gran Canaria please tell the police.

We have 2769 guests and no members online