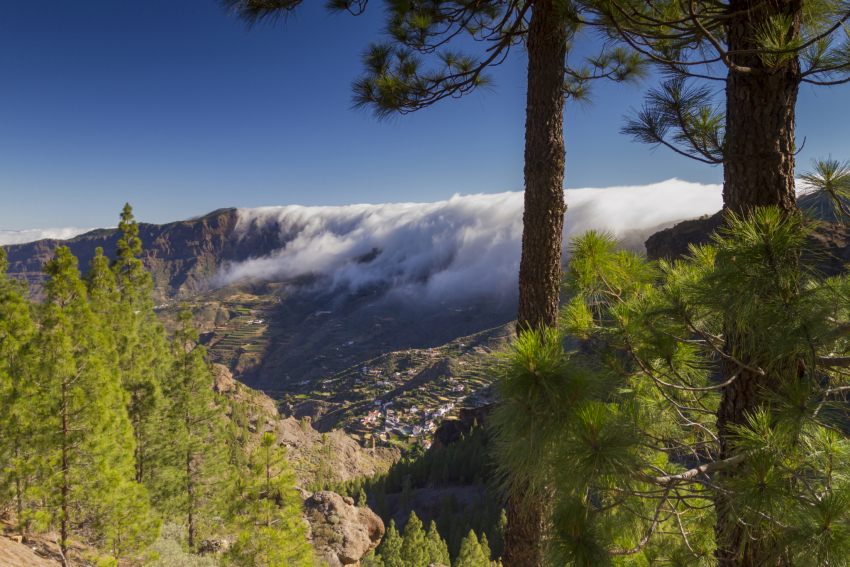 Gran Canaria plans to double its forest cover to 30% within 15 years photosgrancanaria.com

Gran Canaria plans to double the size of its forests from 20,000 to 40,000 hectares within just 15 years thanks to an ambitious Government scheme.

The project, with a total budget of 4.5 million euros per year, will increase the island's forest cover from 15% to 30% of its total area. It will be the largest reforestation project in Gran Canaria since the 1950s.

For the rest of 2017 and 2018, the government plans to spend six million euros on planting trees and setting up watering systems to make sure that they survive. The initial budget is enough to get 1.5 million trees into the ground; a cost of 40 euros per tree that includes planting and watering.

The plan is a response to calls for a new eco-tax of one cent per litre on petrol and diesel sales in Gran Canaria. Rather than wait for the new tax to be imposed across the Canary islands, the Gran Canaria Government has decided to dedicate an equivalent amount of money to the project from its existing funds.

There are still a lot of details to be cleared up as we don't yet know where the replanting will take place. Reforestation is easier in the north of the island as it is wetter and little artificial irrigation is needed. However, in the south of the island, where most work is needed, saplings need to be irrigated and looked after until they get established.

The government has said that it plans to focus on all of Gran Canaria's forest types rather than just on the pine forests. It also plans to replant large areas with fruit trees such as cherries and walnuts to provide long-term value for rural communities. The plan will almost certainly involve creating temporary tree-planting jobs and permanent forestry jobs amongst the islands unemployed.

Gran Canaria has a total area of 156,000 hectares of which up to 74% was once covered in a mixture of olive, laurel, wax myrtle and tree heath, and pine forests. Much of the lowland forests were cut down by farmers hundreds of years ago and the high pine forests were decimated by charcoal production. At the beginning of the 20th Century, just 6000 hectares of Gran Canaria was forested.

The Spanish Ministry of Agriculture, Food and Environment has estimated that the island's existing forests generate 240 million euros per year of environmental benefits including erosion control, rural tourism, rainwater capture and CO2 absorption. Canary pine trees are particularly important to Gran Canaria's climate because they make their own rain; their needles capture water from the clouds and drip it onto the soil.

Gran Canaria Info says: This is a bold and exciting plan are we very much hope that it goes ahead and makes Gran Canaria a green island and an example to th world.

More in this category: « Air Europa Flies From Gran Canaria To The Other Canary Islands From October Alex Bramwell: Interview For The Gran Canaria Tourist Board Blog »
Login to post comments
back to top

We have 4567 guests and no members online