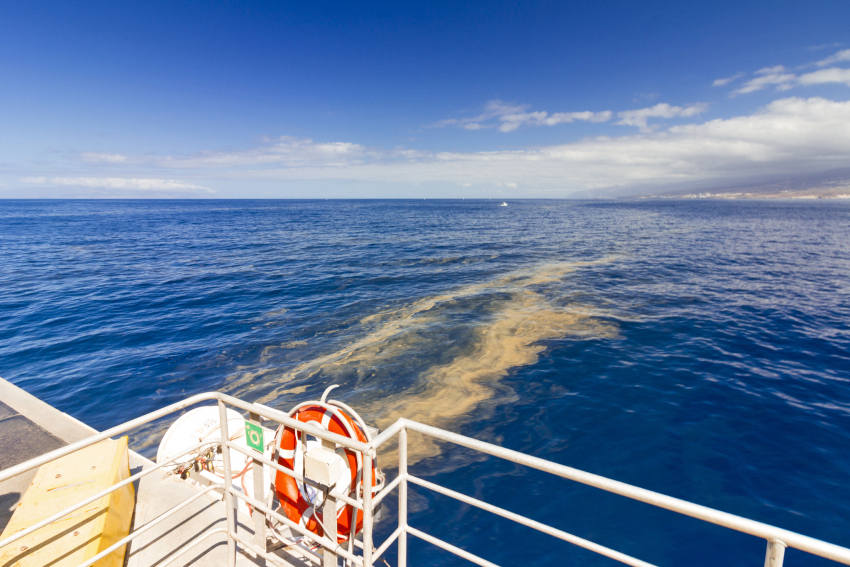 Warm sea temperatures and Saharan dust have caused an explosion in the population of a type of blue-green algae known as sea sawdust around Gran Canaria and the Canary Islands. Here are the facts about this rare and irritating natural phenomenon.

What is sea sawdust?

It's a type of blue-green algae called Trichodesmium that lives in warm water areas of tropical and subtropical oceans. If conditions are right, it reproduces fast and forms patches on the surface of the ocean.

Sea sawdust is common in Australia, Florida and the Red Sea: In fact, sea sawdust blooms are what gives the Red Sea its name; it's so common there that it discolors the whole body of water when it blooms. This NASA image shows a huge sea sawdust bloom in the Pacific Ocean.

It's a vital part of the global marine ecosystem because it is the base of the food chain; the equivalent of grass on the savannah or trees in the rainforest.

Sea sawdust was first described by Captain Cook and Charles Darwin studied it on his trip around the world on The Beagle.

Most of the time, you can't even see it but when its population explodes, sea sawdust forms patches of yellow-brown foam on the surface of the ocean. When you look closely at sea sawdust it looks like a mass of finely chopped hay or hair. It also has a distinctive and slightly unpleasant smell when it starts to decay.

It's a pain when a patch of sea sawdust washes up on the beach because it gathers by the shore, makes the water look dirty and smell funny. However, the worst it can do is cause itchy skin if you swim in water full of stuff. Sea sawdust only seems to cause itchiness in a small number of people and then only when there is lots of it on the surface.

We've actually swum in the stuff to see what it did and didn't get itchy at all, and we've watched lots of people on beaches swim when it's around and not seen anyone scratching.

Why is there so much of it around Gran Canaria this summer?

What we do know is that the blooms form offshore and are pushed onto the shore by the tides and wind. The blooms just appear and wash up on the shore. You can be on a beach with no sea sawdust one day, then come back the next day and find loads of it floating about. The day after, it has all washed ashore and the water is clear again.

Isn't it caused by sewage?

Stories in the press about sewage leaks around the Canary Islands causing the blooms are inaccurate because sea sawdust thrives in nutrient- and nitrogen-poor water. Blue-green algae like sea sawdust fixes its own nitrogen from the atmosphere and doesn't grow faster around sewage.

These blooms may be a bit of a pain, but they are just one of those things that happens naturally every now and then. They will fade as the water starts to cool down again after the summer.

More in this category: « Alex Bramwell: Interview For The Gran Canaria Tourist Board Blog La Palma Island Will Be Stable For 1000s Of Years (So No Megatsunami) »
Login to post comments
back to top

We have 3311 guests and no members online