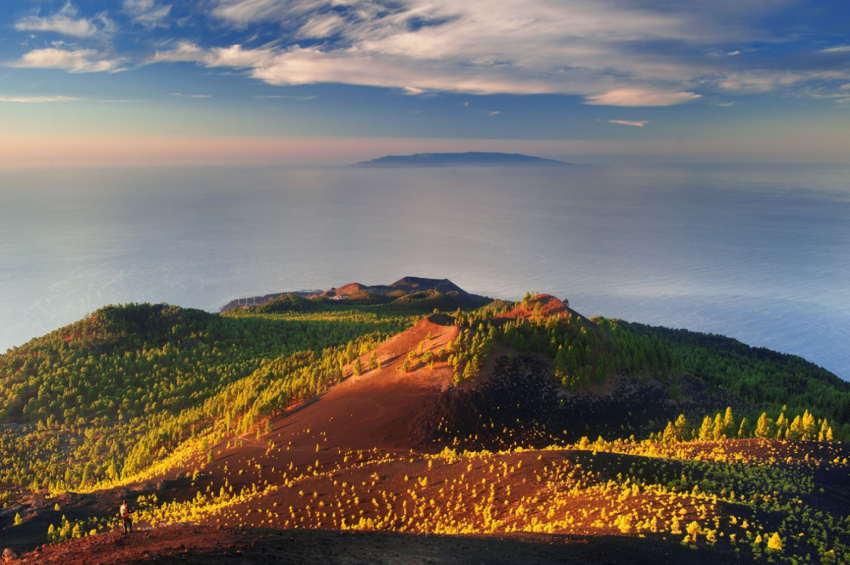 The UK and European press are full of crazy stories about how La Palma island is about to erupt and cause a catastrophic tsunami. Here are the facts that you need to know about the Cumbre Vieja volcano.

We are Gran Canaria's most-read English language website and most of what we do is about our favourite Canary Island. However, when the press publishes stories that affect tourism all over the Canary Islands, we feel compelled to comment. In this case, we can't let inaccurate press stories worry people without an answer.

Whats going on in La Palma?

The latest press scare stories were caused by a series of small earthquakes deep inside La Palma island. They happened 14 kilometres under the Cumbre Vieja volcano in the far south of the island.

Press reports about a megatsunami are based on a scientific study, published in 1999, that speculated about the possibility that La Palma's western flank is unstable and could collapse. Subsequent studies have shown that there isn't a fault and that a sudden collapse just isn't going to happen.

Geologists believe that the island needs to grow in height by another 1000 metres before it became unstable. That's going to take between 10,000 and 50,000 years.

Research around the world has found that big landslides caused by volcanoes are extremely rare. Even unstable volcanoes tend to fall apart in bits rather than collapse in one go.

This volcano last erupted in 1971 (and before that in 1949) and is still geologically active. It will erupt again at some point and seems to go off about once every 70-200 years on average. However, these eruptions are not huge and don't cause tsunamis or big earthquakes.

What about the earthquakes? What do they mean?

Small earthquakes inside volcanoes are common and don't mean that an eruption is imminent. So far, there is no evidence that there is a new upwelling of magma under La Palma island: The amount of CO2 gas that it emits hasn't risen and the island isn't deforming like it would if magma was pushing upwards.

At the moment, we have no idea what caused the quakes but it could well have just been an internal rockslide. Vulcanologists are monitoring Cumbre Vieja's CO2 and deformation levels and announce their findings publically every few days.

What happens if the La Palma volcano does erupt?

Not that much apart from the lava, ash and smoke. Nobody knows exactly where the next volcano will form or how long the eruption will last. What we do know is that there is no chance that an eruption on La Palma will trigger a vast landslide and a megatsunami.

An eruption would cause major upheaval in south La Palma (where lots of the islands best wine is made) but won't affect Tenerife or Gran Canaria.

If it's nonsense, why is it in the news?

Because people love scare stories, especially about places they visit. And because newspapers, particularly the tabloids, stopped caring about the truth a long time ago. And because insurance companies love funding TV programs that scare people into buying disaster insurance.

We have 2331 guests and no members online