What's The Weather Like Right Now In Gran Canaria? 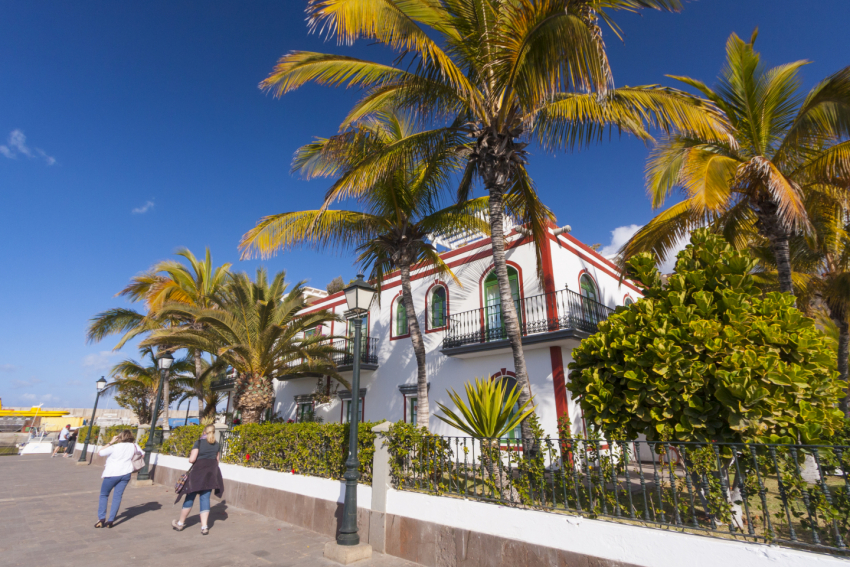 It is sunny in south Gran Canaria almost every single day of the year photosgrancanaria.com

The most common question we get in our Gran Canaria Facebook group is "what is the weather going to be like when I come to Gran Canaria?". The short answer is "it's going to be warm and sunny". Here's the long answer...

Gran Canaria, and particularly the south of the island where most people go on holiday, is one of the sunniest places on earth. San Agustín, Maspalomas and Playa del Inglés get well over 300 days of blue skies every year while Puerto Rico and Mogán get over 320 sunny days every year. The north of the island is cloudier but gets plenty of sunshine too.

It can't always be sunny in Gran Canaria!

Of course, there are cloudy days in Gran Canaria. However, because of the geography of the island, the south is sheltered from all but the worst weather and exists in a bubble of sunshine even when the north is cloudy.

This confuses weather apps and forecasts as they tend to give an average weather forecast for the island. So, when you look at a weather app and see a cloudy or mixed forecast for Gran Canaria, it is almost always sunny in the resorts.

The same goes for temperatures. The south is the warmest part of the island but weather forecasts give average temperatures that include the much cooler highlands. It is well over 20ºC every day in south Gran Canaria.

We have a detailed breakdown of the average weather every month of the year in the Gran Canaria Info weather section.

What about rain, does it ever rain in Gran Canaria?

Rain in south Gran Canaria is rare and tends to come in short bursts that are a few days long at most. This means that even if you are unlucky and a get a rainy patch during your holiday, you'll also see plenty of sunshine either side of it.

Rain is most common in Gran Canaria from December to March but some years it barely rains at all. Even in the wettest months of a rainy year, you're talking about 8-10 wet days maximum. It's extremely rare for anyone to come to Gran Canaria for a week and not see plenty of sunshine.

And hey, if you do hit a wet patch, enjoy it because it's not something a lot of people see.

I'm coming in three weeks and the internet says it's cloudy!

Gran Canaria is a small island in a big ocean and nobody can forecast the weather further ahead than about seven days (except to say that it is most likely to be sunny). Long-term forecasts are simply inaccurate so don't take much notice of them.  Even short-term forecasts can be way off. Even when a patch of cloud heads towards the Canary Islands it often misses Gran Canaria or gets blocked by the mountains and doesn't affect the south of the island.

When is the weather best in Gran Canaria?

This depends on why you are coming to the island. Walkers love the winter when it is coolest up in the hills. People who just want a roasting hot, sunny holiday will be happy from May to November when temperatures are at their highest.

That said, it's warm enough to sunbathe even in the depths of the Gran Canaria 'winter'. Day temperatures on most days from December to March are well over 20ºC.

There is no off-season when the weather in Gran Canaria isn't good enough for a sunny holiday.

People who live in south Gran Canaria always say this but it isn't true. The north is cloudier than the south as the clouds that blow in off the Atlantic Ocean get stuck against the steep north coast. However, Las Palmas gets sunshine most days and is often cloudy either in the morning or the afternoon. It's is sunniest between September and November and tends to be cloudy in July (a relief when the rest of the island is scorching).

The north gets more rain and is consequently much greener than the south.

So I don't need an umbrella then?

No, not unless you need it for the beach.

Just bring a light layer and one pair of long trousers if you are coming in the 'winter'.

We have 3094 guests and no members online