From Magma to Spaniards: A Brief History of Gran Canaria 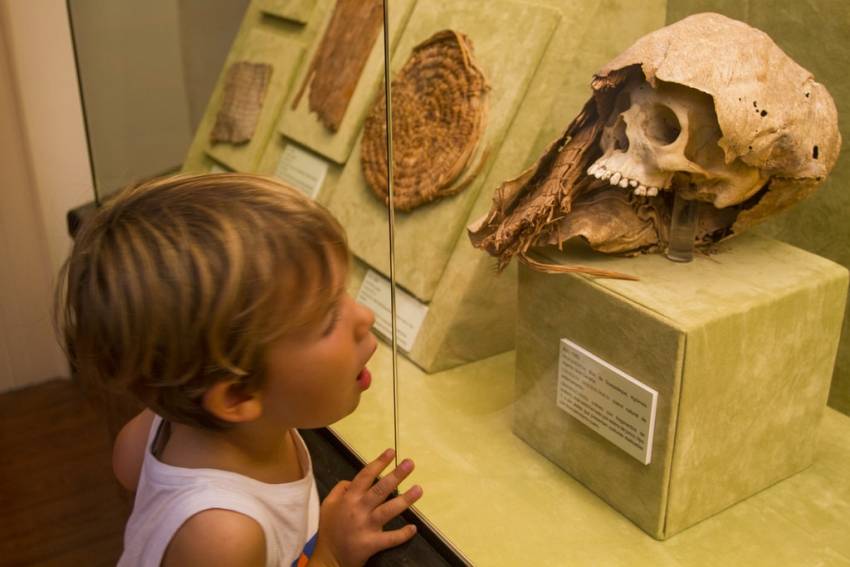 The original inhabitants of Gran Canaria

Gran Canaria startede under the ocean and that's the way it'll end up. In the m,eantime, it's had a pretty eventful history.

Between hosting Columbus on his way to discover America to probably inventing rum, Gan Canaria was attacked by pirates and admirals and almost invaded by the British.

Gran Canaria emerged from the sea 14 million years ago, although most of it is 3.5 million years old due to a huge eruption that covered most of the island. Hints of the original rocks surface at places like Veneguera.

While the island is still technically active, the last eruption was over 3500 years ago in the Agaete Valley. There is no danger of an unexpected Gran Canaria eruption.

The Canary Islands are said to be named after the large dogs (From the Latin Canis) that legends say once lived on the islands.

There is no fossil record of big dogs, so the name probably comes from the monk seals (known as sea dogs in Spanish) that used to inhabit the islands shores, or the giant lizards that still inhabit Gran Canaria. Before people arrived with their cats and rats the lizards were over a metre long.

The little yellow bird is named after the islands.

Nobody is sure when the Canary Islands were first discovered or colonized. They were certainly known during Roman times, as the occasional find of amphorae has proved. Recently archaeologists discovered a Roman camp on Lobos islet off Fuerteventura. Juba II (Roman regent of North Africa) visitied in about 10 BC.

Old manuscripts also include hints of visits from Balearic, Portuguese and Spanish sailors, and even Viking ships.

The original inhabitants, known as Guanches (the Canarii in Gran Canaria), are a mysterious bunch. When the Spanish arrived they found that the Guanches didn’t make boats, used no metals and didn’t have the wheel. Nor do they seem to have developed a written language. On Gran Canaria, they made very advanced pots, and lived in caves and stone roundhouses.

What we do know is that they were not Atlanteans, aliens or descended from the Egyptians. In fact they were closely related to the High Atlas Berbers of North Africa.

The current theory about the origins of the Guanches is that they colonised the Canary Islands around 500 BC.

They arrived with barley, figs and animals, such as goats and pigs, which argues against a shipwreck or a marooning. The islands were probably used as a trading station and a re-provisioning stop. The Guanches may also have traded rare and expensive commodities, such as lichen used to make purple dye, and the sap of the dragon tree, believed to have miraculous properties.

After the fall of Carthage, or the end of Roman civilization, the Guanches were abandoned on the Canary Islands for over 1000 years. Each island developed its own language and laws, all now lost.

Whatever their origins their stone and wood tools were, sadly, no match for Spanish guns and horses. Guanche culture on Gran Canaria disappeared within 150 years of the first Spanish colonisation of the island in 1472. With their experience of subduing the Guanches, the Spanish went on to conquer the Incas and Aztecs in South America.

While the Canary Islands had long been targeted by Barbary pirates, and European slave traders it was the Spanish who finally decided to conquer them.

Despite their superior weapons, Spanish soldiers took over 100 years to defeat the Guanches on the Canary Islands. In the end it was Spanish diseases that put paid to their resistance: Spanish chronicles record hundreds of Gran Canarian Guanches dying mysteriously, probably of cholera or influenza.

While some of the survivors adopted Spanish ways, and even became lawyers, their culture disappeared completely. All we know about them now comes from a few written accounts, and the pots and cave homes that they left behind.

The Guanches are a source of much pride in the Canary Islands. Local legends invariably portray them as noble and brave! Most involve Guanche warriors throwing themselves off rocks to avoid capture by the Spanish.

We have 3934 guests and no members online