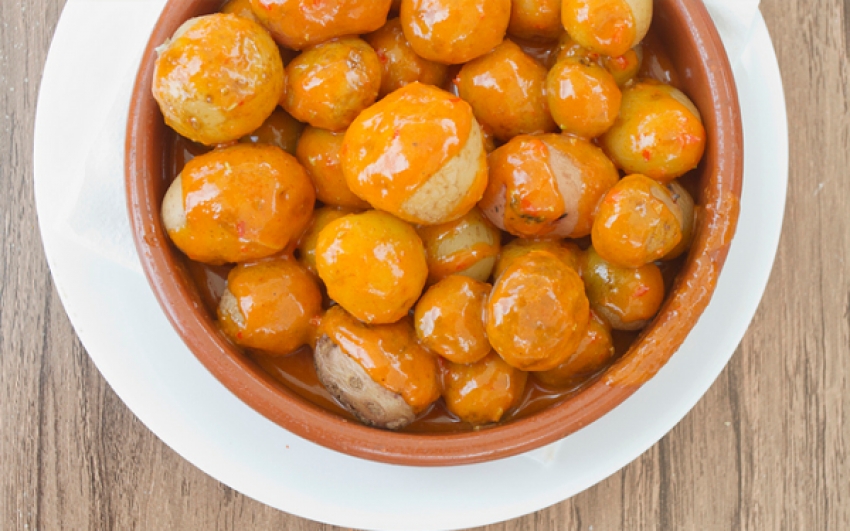 Papas con mojo just came top of a nationwide vote to find the seven gastronomic wonders of Spain. Wrinkly potatoes with mojo sauce was chosen by voters from all over Spain and the world along with jamón Iberico, tortilla de papas and paella (BTW, it's pronounced paeya, not paela).

61,000 people voted for their favourite Spanish dish from a shortlist of 20 and papas con mojo came top by a decent margin.

While we have no doubt that the dish deserves to be on the list, we also suspect that a lot of Canarians voted while sitting on the beach. 18% of the voters were from outside Spain so if you voted, thank you very much.

The vote supports Spain's bid to get its cuisine on UNESCO's list of the World's intangible cultural heritage along with Japanese, Mexican and French cuisine and Spanish traditions such as flamenco, La Gomera's whistling language, and the Elche mystery play.

Lex says: Here at Gran Canaria Info, we're particularly happy about this news as it was our photo that the competition organisers used to represent papas con mojo.

Here are our red mojo and green mojo sauce recipes.

And the fascinating origins of Canarian mojo sauce.

More in this category: « Minitrain Proposed For Playa de Mogán Son of Bjorn Lyng sells 50% Of Anfi to IFA for 41.300.000 euros. »
Login to post comments
back to top

We have 1961 guests and no members online