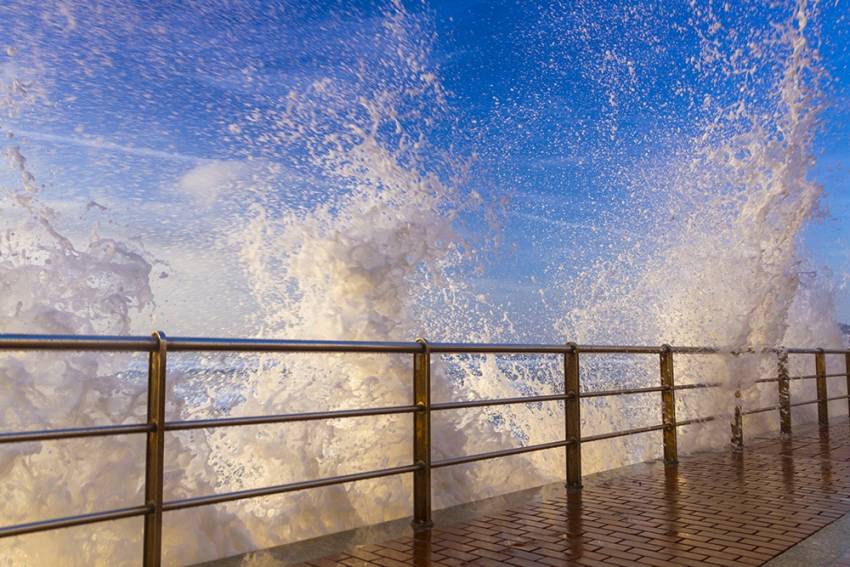 The ridiculous story about an imminent tsunami caused by the collapse of La Palma in the Canary Islands just won't go away. Here's why it's nonsense.

"A 50 metre mega-tsunami starting in the Canary Islands pulverises New York and Buenos Aires before rebounding and devastating the coast of Europe, Britain and Africa. Millions die as waves sweep 5km inland, destroying everything in their path. All this caused by an eruption and a landslide in the Canary Islands".

So could the La Palma mega tsunami actually happen?

If this all sound like a disaster movie scenario dreamt up in Hollywood that's because it is. The theory is based on an assumption that there is a crack in La Palma and that a big chunk of the island is unstable and could collapse at any moment. Several recent studies found that there is no fault and that La Palma island is stable and will remain so for a long time.

However, several recent studies found that there is no fault in La Palma and that the island is stable and will remain so for a long time.

The simple answer is NO.

The longer answer is no, not for a long time.

Recent studies showed that the island needs to be another 1,000 metres high before it gets unstable.

Even if La Palma does get unstable it is likely to collapse in bits rather than in one go. So no hyper mega-tsunami, even in the future.

So why all the panic now then?

Because it makes good telly, and some people like to think the world is about to end.  And because shoddy websites are desperate for clicks.

Conspiracy nuts also think that the recent volcanic activity on El Hierro, the island next to La Palma, might spread.

In fact, the sea between them is kilometres deep and there is no connection between their volcanic activity.

La Palma erupted in 1971 and El Hierro didn't. Nor did anything drop into the sea.

Is a mega-tsunami likely in out lifetime?

New Yorkers can sleep securely in their beds, at least for next few thousand years.

As for the so-called journalists that keep dredging the story up, they deserve to be thrown in the sea.

More in this category: Gran Canaria Versus Tenerife: Which Island Is Better for Your Holiday »
Login to post comments
back to top

We have 3668 guests and no members online